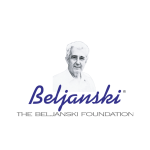 The Beljanski Foundation’s overall mission is to study and share knowledge of effective non-toxic natural answers that work both alone and in synergy with traditional western medicine to cure cancer and other chronic diseases the natural way.

In 1971, President Nixon signed the National Cancer Act, declaring the War On Cancer. Fifty years and several billions later, Cancer is the second leading cause of death worldwide, with 1 in 6 deaths due to cancer globally. According to the National Cancer Institute, in 2018, there were 18.1 million new cases and 9.5 million cancer-related deaths worldwide. By 2040, the number of new cancer cases per year is expected to rise to 29.5 million and the number of cancer-related deaths to 16.4 million.

Dr. Mirko Beljanski (1923-1998), a researcher at the Pasteur Institute in Paris, France made several major discoveries (https://www.beljanski.org/biography-mirko-beljanski-phd/) that led to a new promising avenue to address cancer. A different and natural approach to cancer, selectively targeting the duplication of Cancer DNA. For the past 20 years, and with the support of numerous cancer survivors around the world, the Beljanski Foundation works relentlessly to support research programs of effective non-toxic answers that bring us closer to a Natural Cure to Cancer

For several decades the Beljanski Foundation has been working collaboratively with researchers worldwide to find natural cures for cancer-free living.

“Dr. Mirko Beljanski took a view of cancer that no one had ever seen before. When he looked at carcinogens (substances that stimulate cancer cells but not healthy cells), he realized that there must be some substances that act in the opposite way—substances that would destabilize cancer cells, but leave healthy cells alone […] With this brilliant new concept, Beljanski tried to change the way we treat cancer patients. That was more than twenty years ago, and the mainstream still hasn’t caught on.”